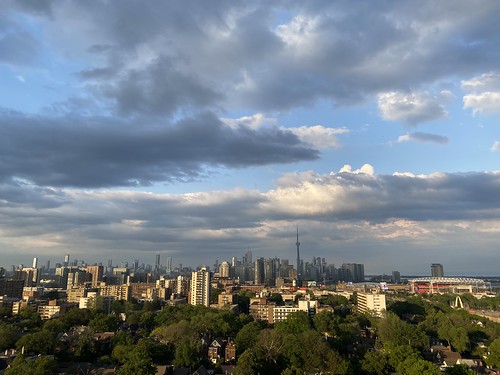 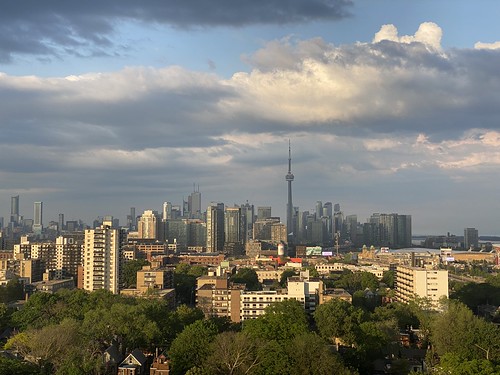 Sunday, June 13th, 2021.
10:59pm I had scheduled Friday and Saturday off because I figured I would not get writing done in the late evening and I knew that I wouldn't write in the morning or mid-day. Maybe I should allow myself the weekends to not write. Or maybe I should write anyway.

Friday night was not worth missing my words but it was already too late, in that I had scheduled the days off on the 750 words website. As for Saturday, it turned out to be significantly more interesting and fun. The return of an elusive stranger after a week of silence was thrilling. I enjoyed his presence very much so, what I could have of it, given that there were other people quite happy to see him back on the game as well. I imagine him feeling overwhelmed, piled on with affections and attentions, a virtual cuddle party. However, fun as it was, later getting to banter with him through a late night hotring circuit playlist made me think how much better it would have been to have a one on one private time kind of thing. Everyone and their walls - including me. What to do?

I'll try not to write too much about the video game - but oh, I could write so much about the video game - however, I am still feeling misinterpreted or judged by someone who doesn't see me, or is on purpose deciding to see me as what I am not - this tactic seeming to be more for himself than me at this point, since I got the point, and I get it. But it's always been a sore spot for me to be called a liar. Maybe it's the abuse I went through as a child or what I went through in the factory or what happened in a couple of my horrible relationships but my goodness, if there is one thing I can tell, it's the truth. Being called a liar hits a sorrow spot - the place where I was trusting adults to know what they were doing and to not hurt me and so I told the truth despite being told that if I told anybody anything, there would be consequences - and I was met with consequences and not believed and I had to live with that - I still do. So I tell the truth. I'm open. I'm honest. I'm straight-forward. Embarrassingly blunt. Lacking in any refined social skill set for tact due to being on my own with these sorts of things. But that doesn't mean I don't know how to keep secrets.

I've been holding other people's secrets, other people's pain, their truths, their wounds, their lies - carrying them not as cards to draw out but as stones that collect in the pockets - since childhood I've always been holding onto stones - I don't know how to skip a stone, either - they're just there. Some of us carry the stones of others. Some are shiny glimmering gems while others are piercing, jagged or the ones you know they'd be pushing up hill forever if they hadn't passed it on to those of us who can take it. I'm not a liar but I am a writer which might make you think I'm a liar but I'm not that kind of writer. Years ago I stopped being able to write creative fiction because I could not write anything that wasn't true to me in some way. Give me a fantasy prompt and I will still write it in reality.

Reality is shifty though, isn't it? No wonder everyone is suspicious of it. Take waking up from a traumatic nightmare, again, as usual, and trying to revise the lucid ending a bit more as you sit there in the washroom, flushing out last night's anti-anxiety meds with the urine. You think of how you'd have fixed things to be better when the nightmare became so graphic that it started to wake you. You ruminate on it through the time it takes to wake. You tell the dream to the person in the room who is repressing their feelings about something that affected them about work from three days prior that they haven't told you about because they don't process their emotions and they didn't even know this was bothering them, though after talking about it to you finally today it's so clear it was something that would affect them. You hear their relief as they finally share, validating their experience, reminding them that this is a perfectly normal reaction to have during a stressful time in a pandemic. You guide them into thinking of healthier ways to handle this - be kind to yourself, be kind - and you know that maybe there is a reason why you're best friends. Still, the anxiety is high and I didn't notice him approach me - he thinks it's funny, as any man has, to see me jump because of my hypervigilant anxious response - and I laugh too but I notice how I say back up - get back - in my book nook space - I need to feel safe here.

I get how it's so much easier for people to be light-hearted on the game sometimes and of how they don't want to lose that. Maybe they're like me, telling people to back off, give room, give space. Or maybe they're like him, repressing. Or maybe they're like many of us, walls around us, don't come in without explicit permission. I'm not repressing - I'm too raw open feeling everything to be like that now - but I am, in person, right now, wondering just what will become of me if I don't get to have an experience with someone of allowing myself to be completely open, taken, giving, me? I mean, in absolute trust.

After writing a bit too much about how someone doesn't seem to see me, or is on purpose remaining eyes shut, I should write of someone who did see me, or expressed to me in such a way that I felt seen. I didn't even notice they had perceived me in such a way and it reminded me of how I was when I was younger, how people knew those things to be of me - even the ones who would call me names, they knew where to find me: in the bathroom or some quiet corner in the hallway to tell me, to confide, to ask me for help, to hand over their stones for me to hold on to. Maybe it's always been that way - where even if they mock you around other people and won't admit it to even themselves out loud, they find you anyway and toss you a stone. Hold this bit and remember me, it seems to say. Remember this thing and please let me forget about it.

That seems to be a recurring theme, or at least one of them, threaded through various experiences of my life.

11:44pm I didn't expect to write this much. I still didn't write enough.