Monday, March 1st, 2021.
11:20pm March rent was out of the bank this evening which gives a feeling of immense relief. The past couple of months have been extra stressful - the start of the first lockdown happening in March, a year on into the pandemic, a week or two ago being one year since the partner returned to Toronto and we shared the space again, not knowing that he'd be working from home from then on, a year of all the wanting to go outside to explore but the sounds of ambulances and other emergency vehicles going past more frequently a reminder that it is not like before covid times out there - certainly not where I live.

The intense amount of anxiety these past few months, especially in relation to finances, was so intense that there were a couple of nights where I wondered if I would be okay, if we would be okay, if I was failing us all, if we were going to be alright. That was simultaneous with the feelings of gratefulness and of being thankful that we have a place to live and while not much income, it's enough to keep us going, and so there is also the awareness of knowing we are fortunate enough for that, and there is some similar feeling like survivor's guilt, if that makes sense? We don't have extra cushion to save us but we have income to keep us going and while that was the case since living in Toronto before the pandemic, it's more stressful now.

I went outside for the first time since November - keeping track with that app - and it was for us to go get our taxes done. Because he was working the two jobs for a few months while living in the other city, it bumped us up into a different bracket. We didn't get to benefit from it because we were paying for rent here and his room there. Then, despite the pandemic and all the things going on, for some reason, there was more money taken for taxes or something and we ended up receiving almost two thousand dollars less back on our cash back refund than we have in previous years. It was an unexpected ouch. I know that it's good that we even get any refund at all but that's due to my having the DTC (Disability Tax Credit). It makes a difference! 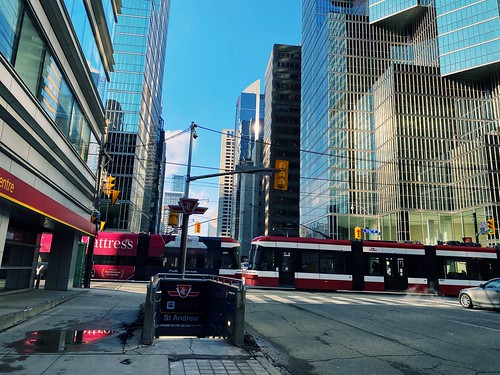 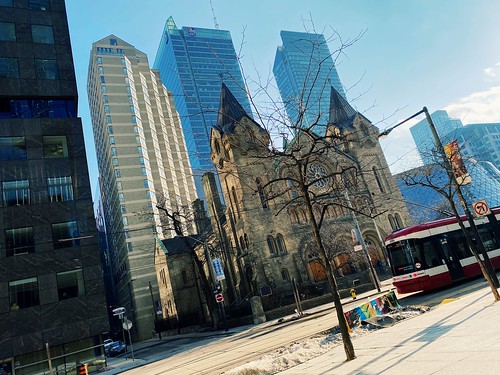 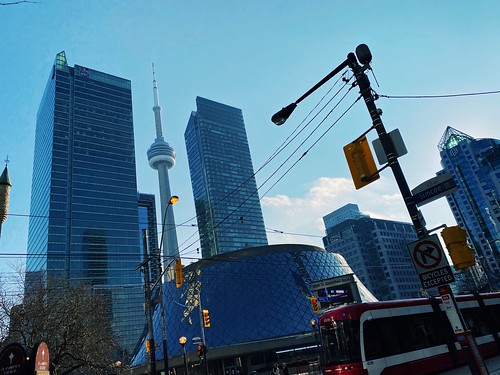 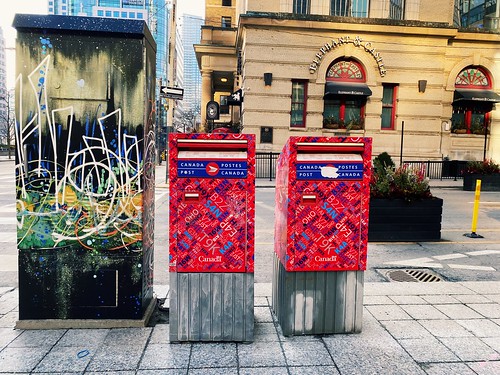 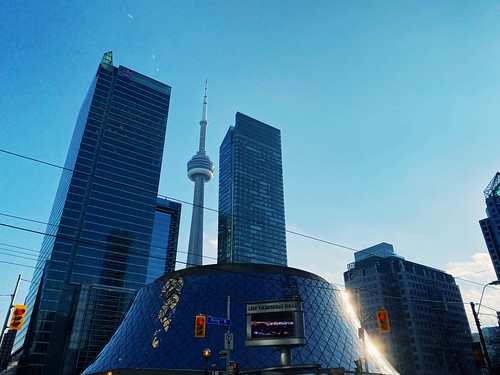 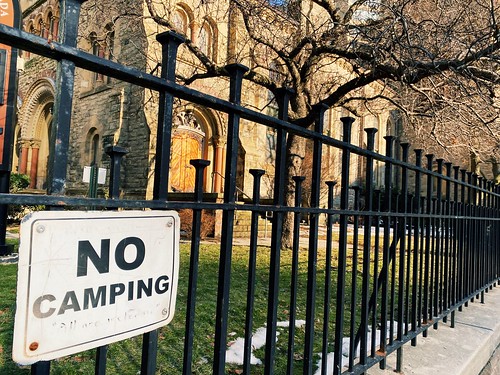 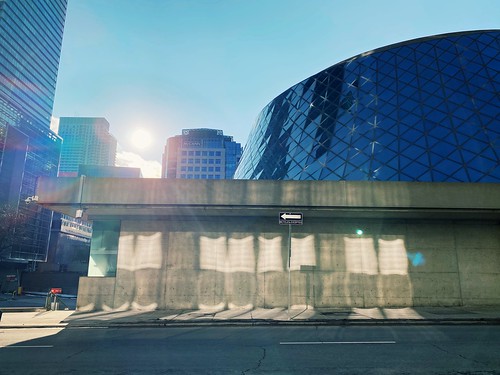 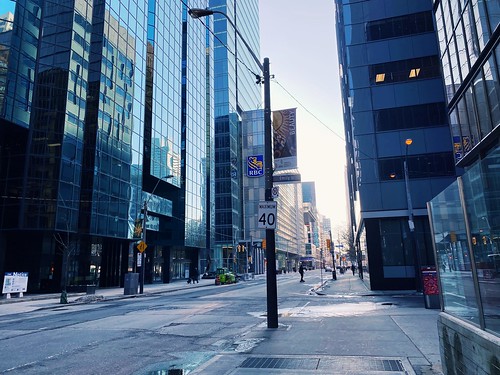 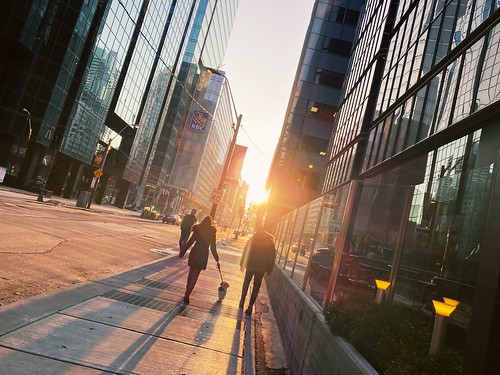 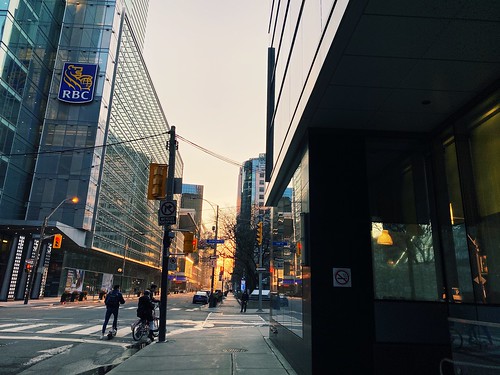 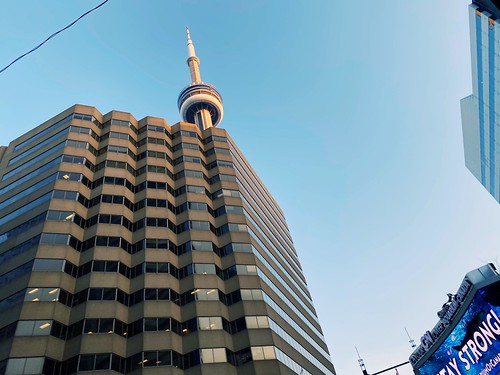 Took some photos when outside but not many. It was a combination of anxiety and feeling disoriented being out in public. Then there was the weirdness of seeing that many people but also not seeing many people? Places being closed but people walking around with no masks and those wearing masks and the thought of how it's good to get exercise outside but the pandemic is real and it's in the air I know some people don't believe it's a big deal but um, it is. If I would have been in a wandering about mood, I could have taken more photos of downtown Toronto, but I didn't. Thinking about it now, I'm reminded of this persistent thought I keep having, this longing and wanting to go for long wander walks, to explore and photograph, to help my physical health - and then I think, oh no, but the virus...

I could say that eventually I have to decide to choose going for walks and perhaps that will be easier when Spring comes and winter chill is gone but I don't know. Anxiety, agoraphobic tendencies and related stuff were issues for me long before this pandemic came along but it certainly hasn't helped. I mean, on the one hand, my ability to stay indoors is helpful to protecting my immune system and also for possibly helping others. Since I tend to get the colds and such that go around, even with how limited my contact with others has been, I don't feel too confident about my chances of not being one of the people who get it or pass it along. Even this recent outside has me nervous with each sniffle and sneeze. Both of us were so tired after going, too.

11:56pm I was still playing the video game (streaming on Twitch, posting to YouTube) and the past few races I have been sitting out but making sure I wouldn't be the in the way, which meant I was distracted and wasn't writing non-stop. I've got three minutes to reach the goal of 750 words - and I just did it, phew! - and that makes me feel relieved because while I will not promise on anything that I will write my words every day this month, it sure wouldn't hurt to try. With two minutes left, I wanted to say that I am thankful that the cats, the other human and myself have a place to live. That we have what we need (and a little bit of then some with the distractions of the internet) and that we are safe. My immediate goals at this time is to try and drink more water, read a book, be more kind to myself, have more patience in general.

Hope you are well, however and whenever this finds you.
Collapse