Tuesday, September 13th, 2016.
10:17pm Followed through with the gyno appointment this afternoon and I'm relieved that I went because it wasn't something I couldn't put off any longer. I had cancelled an appointment a year or more ago when I was disappointed that I hadn't lost the little bit of weight - I had gained, in fact - but that doesn't mean that it was a good idea to delay. I'd had side effects with the mirena i.u.d. that, if you look them up, state that you need to see the gyno. But I was feeling bad for not having lost the weight and was also looking at the very real possibility that I could start excessively bleeding again. I was going to continue with the i.u.d. until it needed to be replaced if I got a job but since I didn't get employed this year, I figured I may as well tackle this issue since I have the free time. Maybe things turned out how they're supposed to? 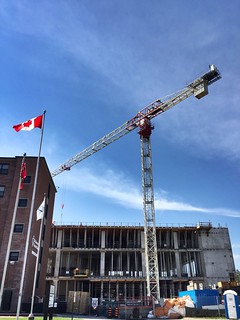 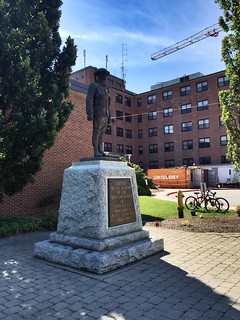 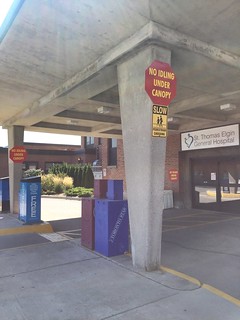 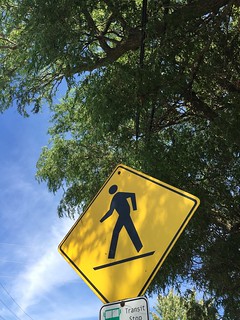 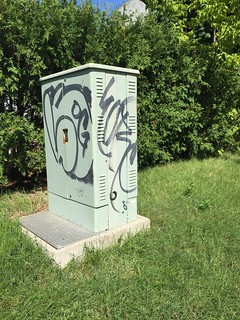 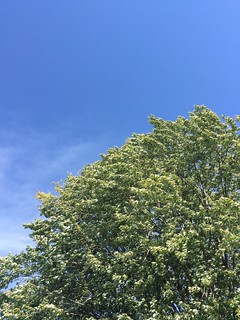 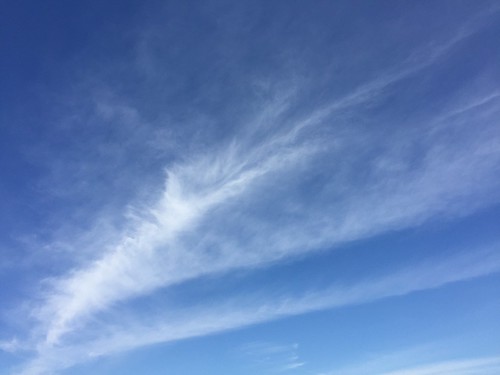 Well, first, it was awesome to see the gyno specialist again. That's a strange sentence, I know, because it's not the type of appointment at the top of one's list of fun things to do, but this gyno is awesome. She's got a really good way with people and she is kind to me. That's much appreciated for someone like myself.

Anxiety was high because I wasn't sure how the removal procedure would go or what would be said regarding surgery but we covered a lot during that appointment. When I told her the side effects I'd experienced since it was put in, she told me that I would need to have an ultrasound done to check to see what's going on with cysts on my ovaries and tubes. I had some show up on ultrasounds done in the past - cysts on my ovaries (or was it my fallopian tubes?) and a fibroid pressing down on the uterus - that was back in Toronto when I was sent to a specialist there after the first blood transfusion - but the tissue sample taken was negative for cancer, just as the sample this particular gyno I saw today did the previous time I saw her.

However, one of the side effects I've had is something that she's seen in others who have had cancer. No worries though - I'll get the ultrasound and any other testing she wants done and if the cancer isn't in the tubes, she'll do the operation with no problem. If it is in the fallopian tubes, she said something about feeling more comfortable sending me to London (Ontario, the next city over) and ugh, I don't want that. I'd prefer if she's my specialist through all this because she's been awesome. I'm hoping that my side effect was more so caused by the extra effort taken to hold back the floodgates of massive bleeding I used to do and that things are okay. As for cancer in the uterus, apparently that isn't so bad when you can just remove it with the uterus. As for other things, she would like to keep the ovaries where they are, if possible, as she feels at my age I'm too young to be put into early menopause. If she has to remove one, she said that the other one would do the work to make up for it and give me the hormones I'll need. If all has to be removed, I've signed off for that and I'll deal with it.

As for my weight, she says I carry most of it in my breasts and that it doesn't affect what she has to do for the surgery. That was kind of her but I hope to be able to shed a few pounds before the surgery anyway because anything helps. Also, obviously I have gained weight around my belly and abdomen and such or else I'd be able to wear much smaller jeans. I get what she means though. I let her know that I've gone meat and dairy free since February. She was surprised that I hadn't lost weight but I said it's likely due to my portions and lack of exercise (and it's probably got something to do with that i.u.d.) but she says my complexion is great. I told her that it wasn't for a long time after the i.u.d. was put in. It was awful but cleared up when I went dairy free (vegan!) and I told her that it's also helped reduce inflammation with my back issues.

Honestly, going vegan has been one of the best things I've done for my health in a long time. If I could get my weight down, my risk factors would decrease immensely for health issues. I'm not a smoker and a drink is a rare thing for me. Add some physical activity and I could be in much better shape before the big 4-0 in less than two years time.

So, the mirena i.u.d was taken out today during that appointment. It is out of there! I am so relieved. Even if that means bleeding profusely again, I'd feel more normal than what it was doing to me before. I showed her the scar I have from when I got the two back to back blood transfusions a few years ago at the hospital here in my hometown. She was surprised that it scarred and felt it - yep, it's a scar - so crazy to have that even now. It could be due to the way it was done or the fact they were two transfusions done in such a short time? (Which is why I got a referral to a gyno specialist and the i.u.d. inserted in me, stat!) But yes, the i.u.d was removed. I said I didn't want to wait for the ultrasound - the sooner it was out the better - and I could deal with bleeding. I also told her that the last time I had excessive bleeding was on the evening of Mother's Day this year. It was the first time in a long while that I had it to that extent. Other than that, the side effects were troubling to me. Apparently for good reason - I should have made an appointment sooner - but so it goes.

Anyway, after I filled out a form and signed my permission for her to have done what needed to be done, she went to the office and a phone call was made and then I went back into the examining room with a nurse / assistant / not sure exactly the title of the woman. She gave me a blue folder and told me that my surgery date is OCTOBER 14th. They had an opening and they're putting me in next month. That is INSANE. That's so soon! I would need to get a pre-op physical done by my family doctor and there is a form for him to fill out and then I'm to report for surgery next month. Can you believe it? I called my doctor's office while I was still making my way out of the hospital - so many different hallways - and got an appointment for Wednesday next week on the 21st. I can't believe how quick this is happening. I'm getting a hysterectomy next month.

I was excited to hear this because I think that in the back of my mind (or maybe much closer to the front) are not only my experiences with the side effects I've had but the years of bleeding that have not been fun at all. It was on epic gory horror movie level at some points. Hilarious tragedy at times because it was too much.

Wasn't ever going to be able to have children.
The only lines I can continue are the ones I write.

Surgery is next month. Not sure if the plans to get out of town at the beginning of October are going to work out or not but I really hope so because, in having surgery mid-month October, I'm not going to feel like traveling at the end of the month. I don't know what my recovery time will be like and it all depends on how things go with the operation. I'm still hoping to get outside for some good October times if possible because it is the month where I can finally breathe the wild air again. 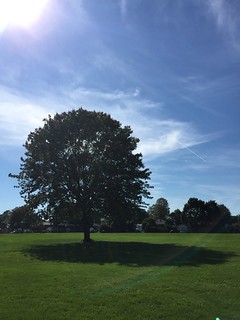 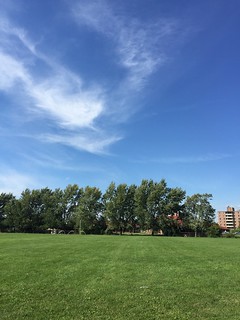 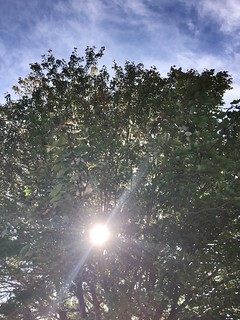 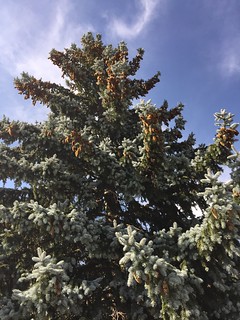 11:01pm The last time I went under general anesthesia was for the removal of my gallbladder. Scott was there when I was going under and Ada was there for me when I woke up. I just had tears come up when I wrote her name. Oh man, that hurts. But yep, they were there for me during that scary time. I'd had so many attacks on my gallbladder that the surgeon came in to see me the next day and told me mine was one of the worst ones he'd ever seen and that I must have had over 100 attacks. At least, that's partially what he said, or something to that affect. I remember his surprise. I also remember my own surprise when the drainage tube was taken out of my side. Oh god, I know what it's like now. I hope I don't require one during this surgery.

Last time, Ada was there for me through it. Yep, I'm crying. It's not fair that she's gone. She was so strong through all this. She had her husband Scott be there for me when I was going under because she had to work or something and couldn't be there but she didn't let me go through it on my own. Yep, I'm full out bawling now because I don't know who will be there for me this time.

I think my husband is going to use vacation days but I have more guts for this type of thing than him. If it gets bad, who will be there for him? Dark humour about me not waking up but what if I don't? I didn't even take the time to fill out my own Canadian Legal Will Kit. That's a joke, by the way, or Canadian cultural reference to an ad that used to play on television a lot. But I have been saying for a few years now that we should be making wills. We're grown adults and we should have it just in case so we can make our decisions while we're able to about what we want done with our things and other wishes that we hope to have followed. That was a dark turn but seriously, I should have done this by now. I was far more on top of this kind of thing when I was in my early days of being a factory worker.

11:15pm I've had a bit of a cry and now I'm going to end this post. Things will be fine. I followed through with the appointment and now I have a surgery date. Things are proceeding swiftly. I had to walk home but that was a chance to take some pics (only had my phone on me) and get some mapmywalk time in. 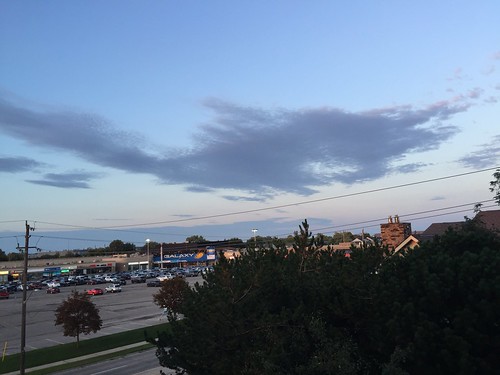 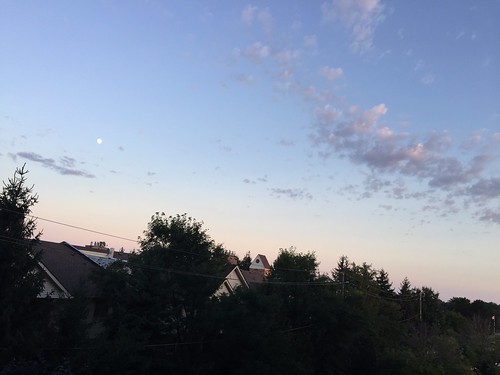 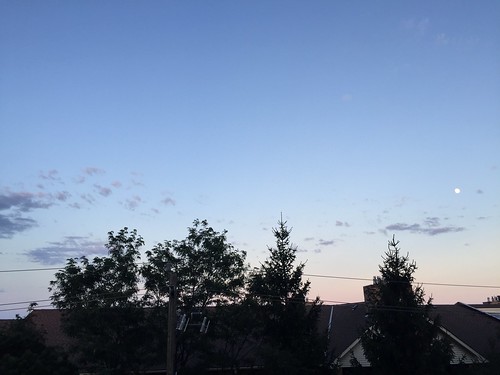 Oh, and for those who really want to know the important stuff. Yes, I finally got the buddy update for PokémonGO this evening and I picked Pikachu to be my pal. He's the first Pokémon I caught (husband had the game first and so he was able to tell me the trick to be able to get Pikachu first before any other Pokémons) and hooray! I'll have to get outside and take Pikachu walking with me. He's adorable.

Going to watch 'The Conjuring 2' since it's finally listed in our movies package on cable - after I'm done updating this post with pictures from today. Thanks for reading and take care.
Collapse