Thursday, September 1st, 2016.
10:19pm Hi, hey, hello. I haven't written for a few days or more, I know. See, I stumbled a bit after the news that I would not be getting the job. It was a downer, man. That day that I found out, Emily was on her way from Toronto to visit us and so there was a mix of being happy to see her but also feeling devastated with the try again in 6 months from a place that is hiring constantly. I wanted this job, ya know? So, life went on, as it does. The weekend was busy with a walk through Pinafore Park to catch Pokémon and then a meander on the recreation trail to get us downtown. I liked the opportunities for photos, footage for my vlogs and I got a bit of a sunburn that has me still looking rather tanned on the face and arms. It was good to get out like that. Then there was the emotional release of watching 'The Tragically Hip' concert on CBC, live in Kingston, Ontario to end off their (possibly) last tour ever due to Gord Downie's terminal cancer. Gut wrenching. 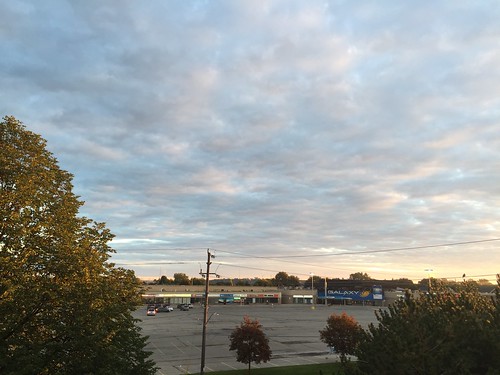 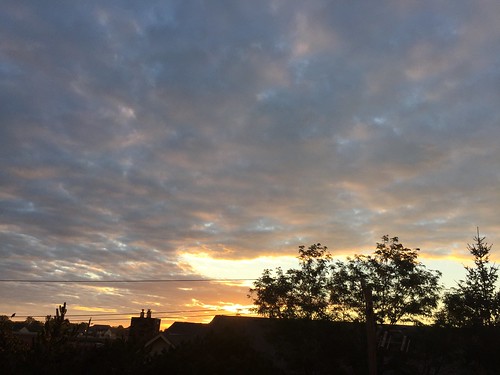 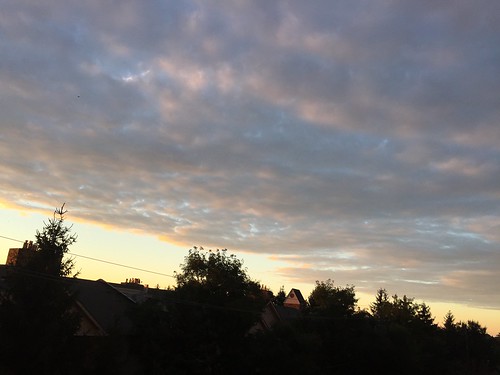 I'm ready to start writing again though. I managed to vlog every day in August so that's good, right? I didn't completely stop being creative. I tried to do what I could. The most inspiring thing with writing last month was one of the letters I wrote on the typewriter - wow, was that a cool way to express myself. Stream of conscious because I didn't backspace and I went forward despite mistakes. Just kept writing and sometimes I surprised myself with some insightful stuff. I'll be making good use of that typewriter, for sure. I've got plans to start a perzine about living in my hometown, since it seems I'm not moving away anytime soon. I can explore my feelings and thoughts about that in the zine. Maybe I can learn how to love it somehow. Another creative outlet would be good for me which makes it a win/win for writing and creativity.

The routine of typing 750 words every day helps me out a lot but I have to learn to not allow myself to drop the ball just because I've been kicked in the face by any old random thing. I should use it to fuel the writing and not block myself. It's not the first time this has happened (some soul hurting disappointment of some kind) but at least I seem to be picking myself up sooner than before. Just sucks when it feels like a blow to the chest, ya know? I have sat at the computer to write my words even while in physical pain or times where I was falling asleep but I pushed on through and made the word goal all those times. Meaning, I've written the words even when I thought for certain I couldn't. I need to keep that in mind for those times where I feel like I really can't write and remember that it will feel much worse not to write - especially if I'm on a writing streak - don't stop. 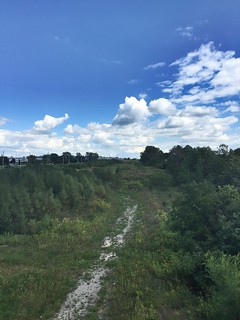 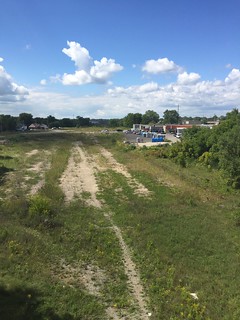 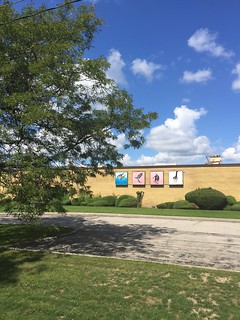 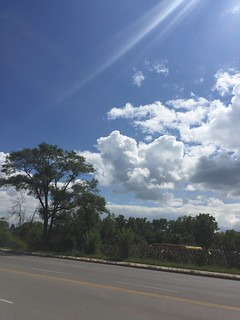 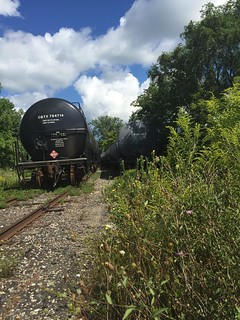 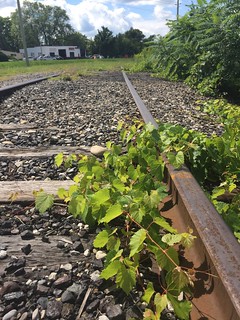 The latest we have ever paid rent during our time of living here in this apartment is on the 1st of the month when it is due which means we have never been late. We prefer to have it paid mid-month ahead or further than that but leaving it until the 1st is the absolute latest. This was a week where we did that. My pay was deposited today which happened to be the first of a month (HELLO, SEPTEMBER!) and this meant I'd need to take a walk over to the bank to get the money order. I took my digital camera with me but didn't use it at all - took photos with my phone instead and posted them to my Instagram. Eventually, all photos get posted to my Flickr account. Speaking of which, I finished 'In My Hometown (7)' as of yesterday. It ran from May through the end of August and has a lot of photos in it. I am hopeful that I'll get out a lot more from now on through the rest of the year and maybe I can start a new album when the New Year comes around? Once the temperatures turn to Autumn (and not like this short reprieve we've had today - the heat will be back within the week) but once the cooler air comes through, it will be good to get out there more. I'll go for more walks and I'd love to ride my bicycle a lot. 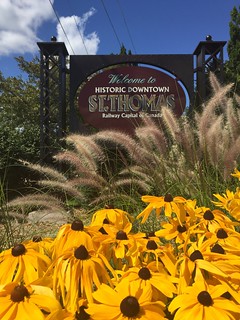 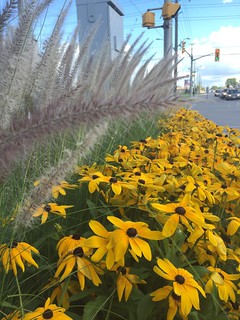 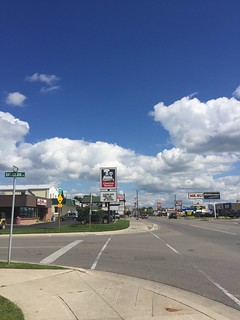 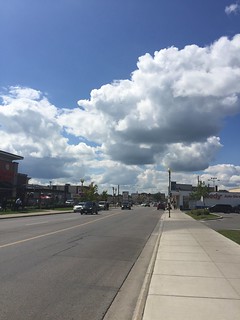 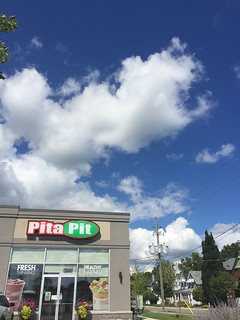 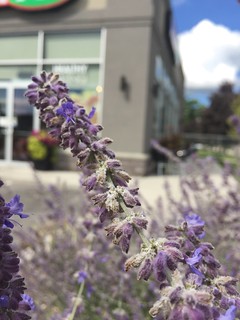 I got off track but after going to the bank and getting rent (along with coins for laundry) I walked over to Pita Pit and husband was able to meet me there to have his lunch break with me. We haven't done that in a long time. I'm thankful that Pita Pit has more than one option for me for food choices. I think it was nice for both my husband and I to see one another outside of the apartment. It doesn't happen enough. We both think that it will happen more once we've relocated to the other side of town, should that be where we find a place we want to live. Yes, it looks like we'll be looking to buy a house in town. If we're going to pay this amount of rent, we may as well put it toward a mortgage instead - if this is the city we're going to live. I can understand the logic behind that. Sometime in the Spring or certainly before next Summer, we hope to be moved. My heart had been set on going back to Toronto but it doesn't seem like it's going to happen.

However, I could be going to Toronto soon enough for a few events coming up. I've needed to get away since last year for a break from here (husband has gotten out of town more than myself!) but for various reasons, it didn't happen. Well, hopefully things work out and I'll be there soon. I'm not sure how I'll feel since that day in April should technically count because I was gone for the day but it wasn't much fun - hopefully I'll let myself enjoy the change of scenery this time and the experiences for what it all has to offer and what I put into it.

It's nearly 11pm and I long ago passed the required amount of words to reach my writing goal. I'll be back again tomorrow with something more to say.

The photos included in this post will be from today. 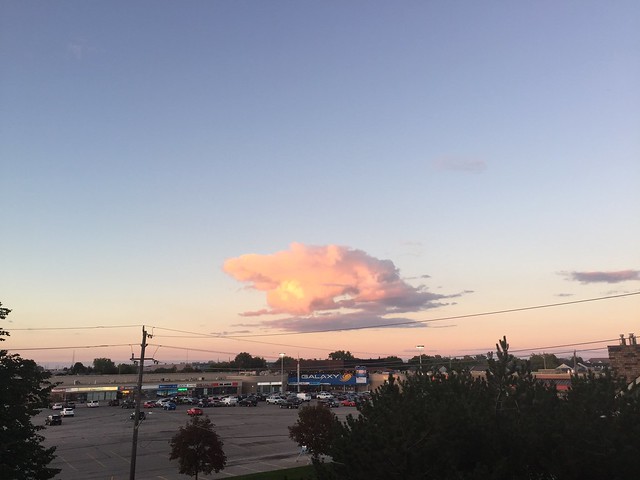