The month started off hot and it is even more so plus quite humid in recent days. I know it is back to school time and all but I'm not good with this weather, especially in the late afternoon.

The day we visited the park, it wasn't this bad but you could see wilting in the flowers and some of the water beds on the other side of the little bridges were dried out. Spoke with a couple park employees and they said that so long as there was still a bit of moisture in the dirt of the dried river bed, that everything would come back again. We just didn't get enough rain this summer. We had a few thunderstorms but not enough rain overall.

Even so, Waterworks Park remains a gem of a place to see, dirty looking water and all. The big old trees (this must be where my love for the willow tree comes from - the years in my earliest childhood from running about in this park) and the character of it. Unfortunately, the park doesn't get much money or attention from the city as it should. Everyone seems to only care about Pinafore Park (and yes, that is a lovely park) but this one is rightfully a beautiful place too and for many years was the go to place for wedding photos, not to mention events. With 'snake hill' having been in ruins for decades and the only other way to drive in being down 'steep hill', I feel like the city is not doing as much as it can for this place. The splash pad in 2011 was nice but more could be done to preserve the park, make it more accessible and maintain the roads - perhaps even turn 'snake hill' into a walking path?

It seems that the money that goes into our parks comes from outside sources and not enough from our city. The recent work in Optimist Park was because of the Optimist Club. The beautiful work in Pinafore Park is because of gifted money from rich benefactors. I am grateful to them but it is sad that the improvements to our town seem mainly to fall on the shoulders of a wealthy few. I mean, do we have to wait for someone who is both rich and really loves Waterworks Park to leave behind money for the upkeep of this park, as people have also left lots of money for our local library over the years? I can appreciate that this generosity is much needed but it would be nice if more improvements took into consideration the communities within our city and making things better for everyone overall.

Enough rambling, Waterworks Park is still lovely, all things considered. I realize that there are people who especially love this park because it is kind of left to itself - for some, I know it is a special place because of the lack of attention to it. This place has been a park since the early 1900's (before that, it was described as a "tangled willow swamp") and although older photographs have it much more in use and more lovely, my hope is that someone rich will kick the bucket and leave their money to this park's upkeep and care because of fond memories they had there.

Kidding about wanting people to kick the bucket. (Unless I become wealthy and am somehow able to leave money to give back to places and communities that I love.) But it just seems to be the only way really nice improvements seem to get done around here. To be fair, there've been collaborative investments between the city, government and a few companies who want to put their name on things but I just feel like more could be done.

Hey, at least I see the potential in my hometown! It's been through a lot and the improvements done even in the time since I moved back here are encouraging. Now if only they'd get rid of Talbot Street slumlords, put in more recreation trails throughout the city and stop burning down historic buildings / blocks, we'd be set! 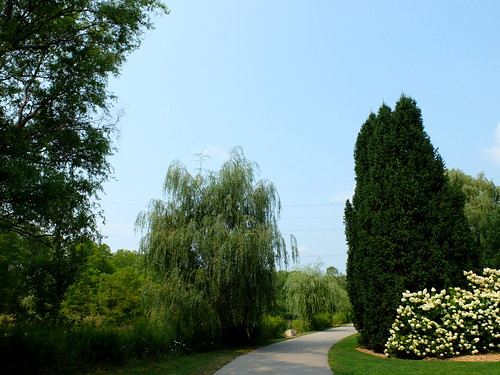 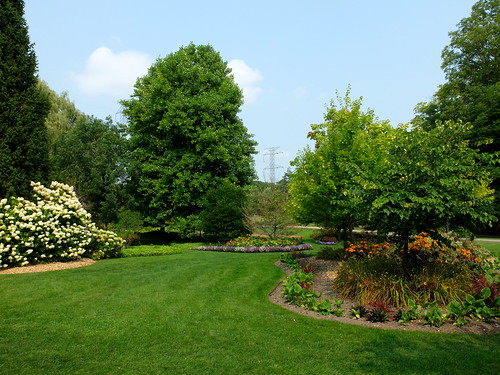 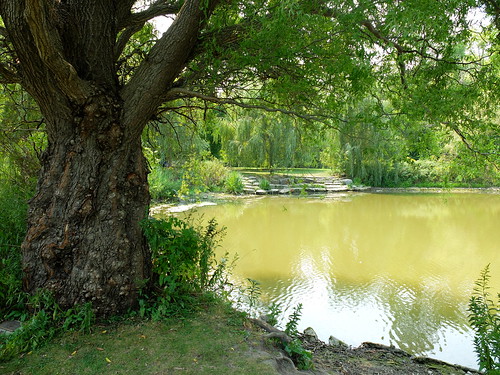 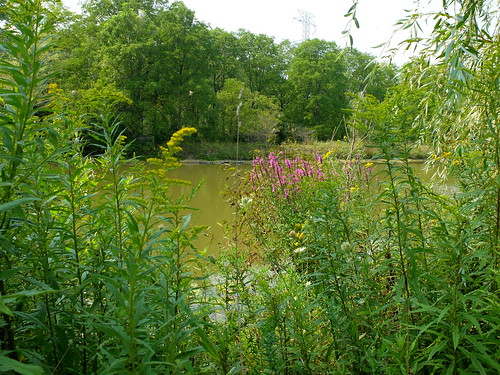 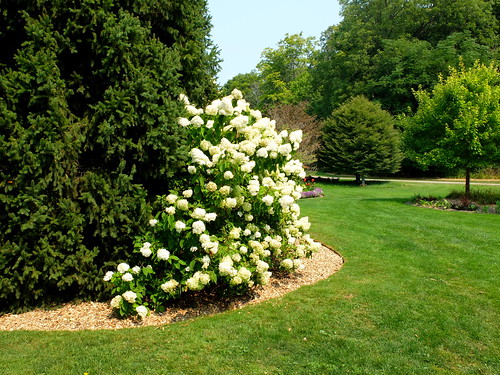 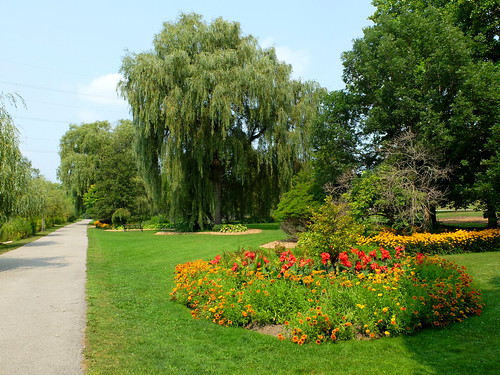 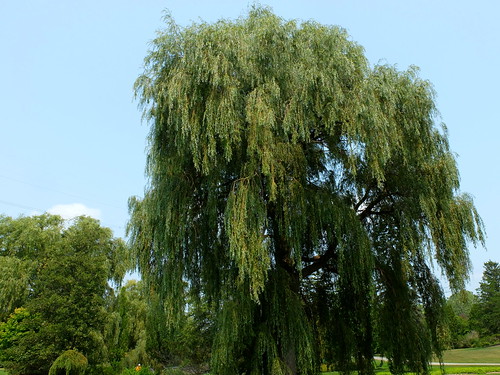 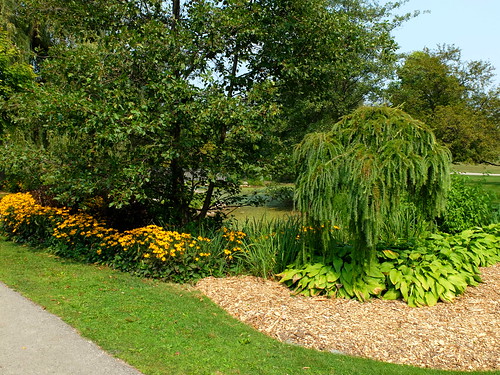 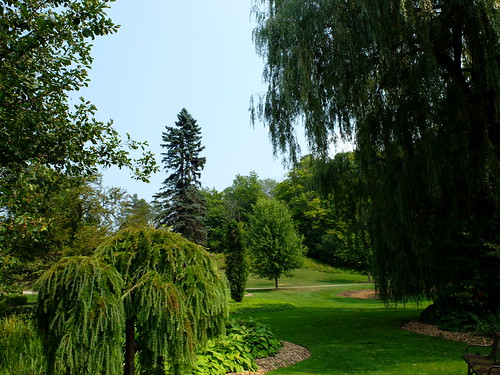 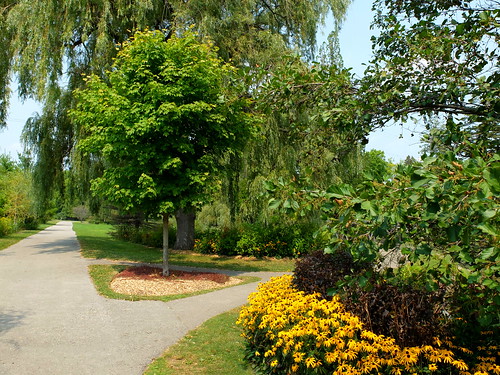 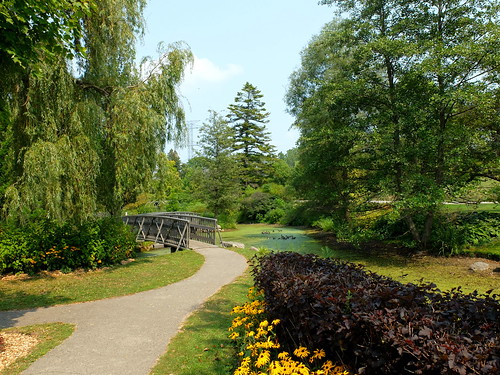 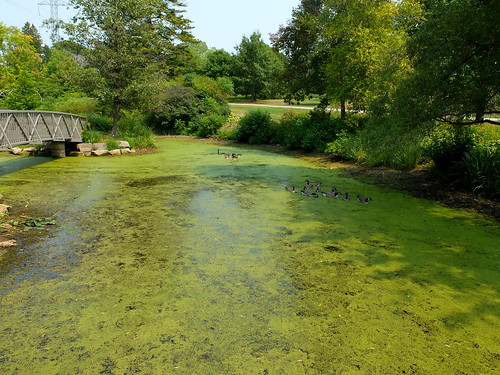 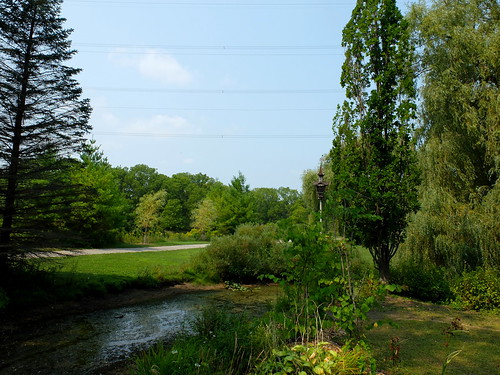 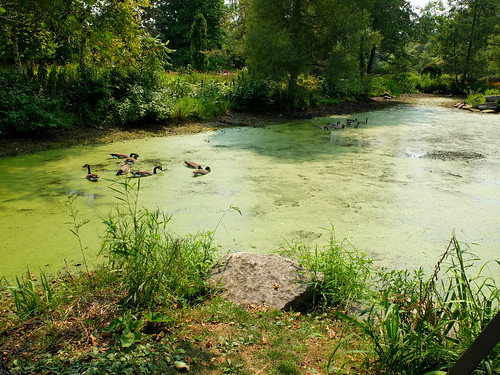 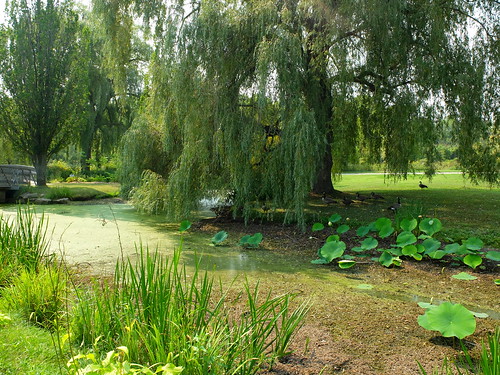 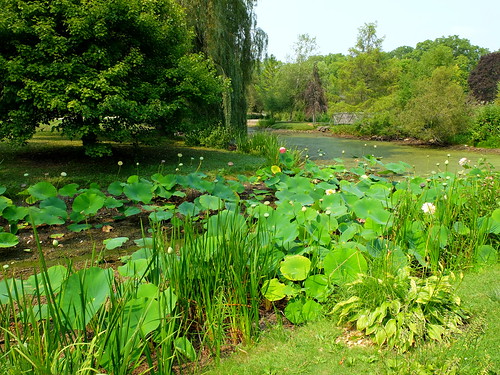 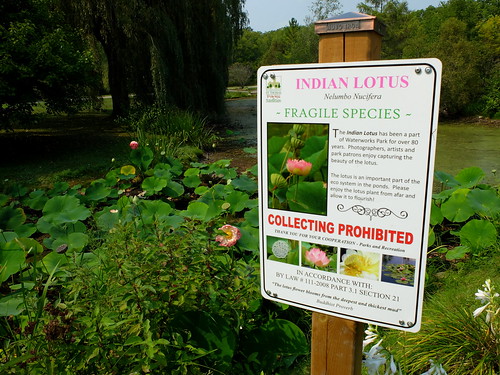 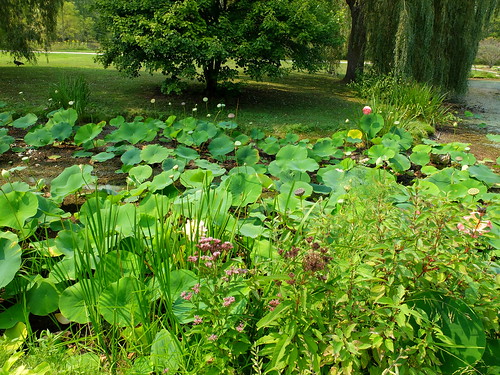 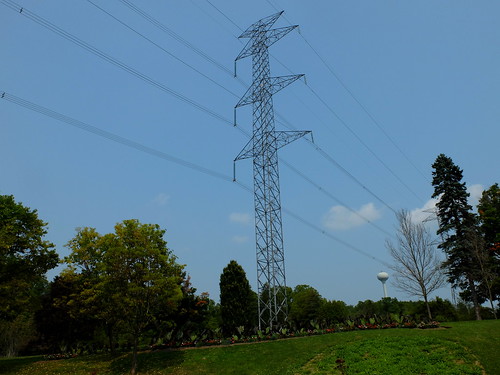 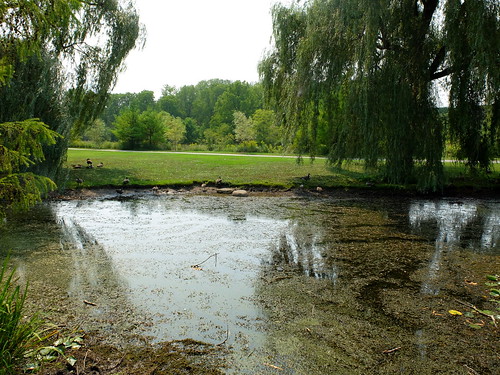 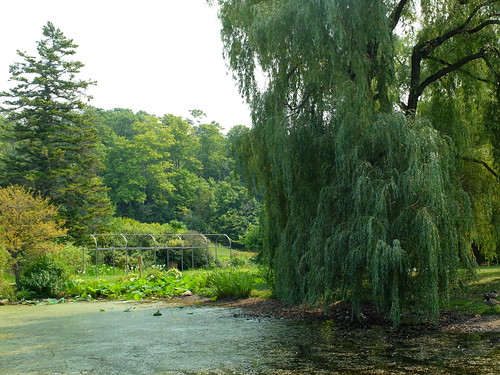 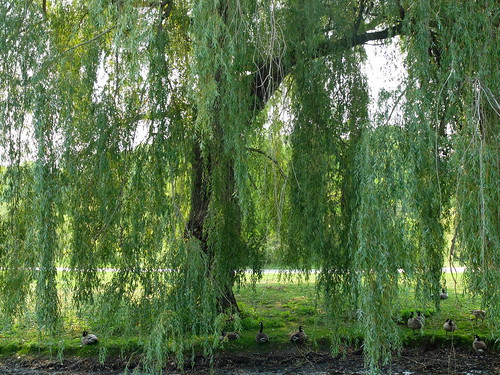 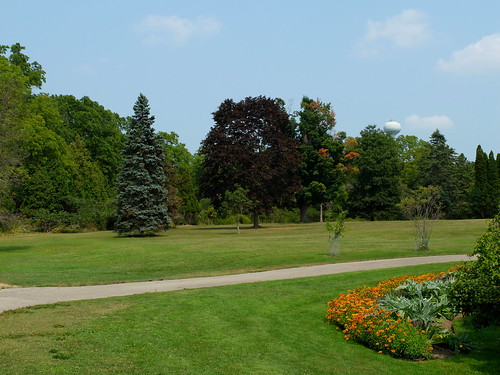 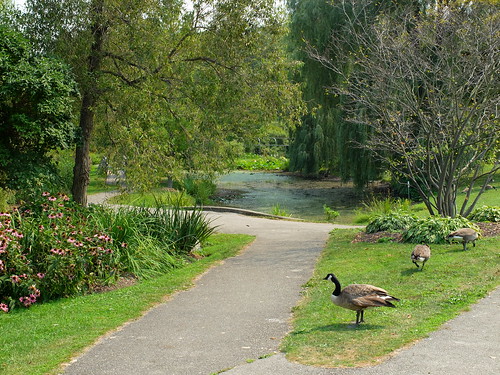 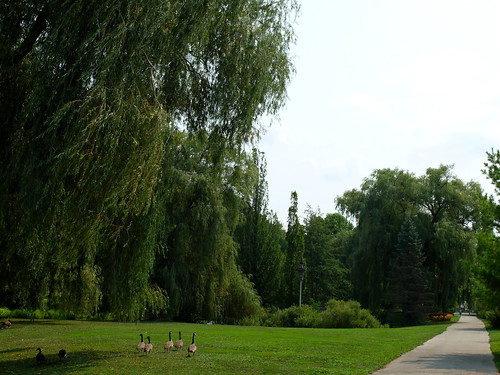 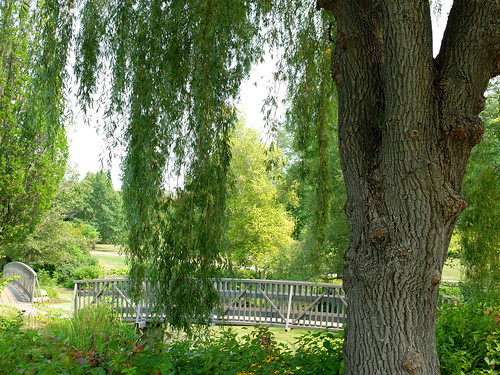 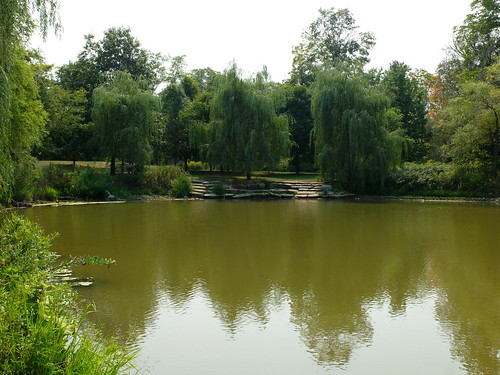 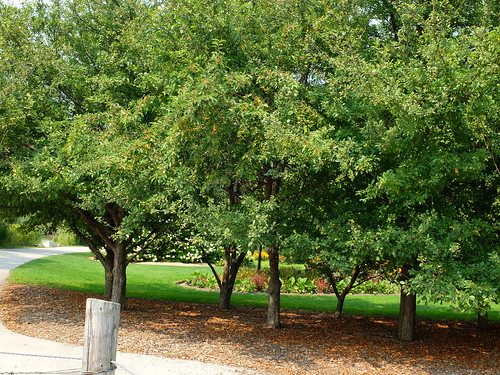