Friday, January 2nd, 2015.
10:06pm Yesterday was my 123 day streak of typing 750 words. I like that number. You can count it: 1, 2, 3. That's nice. I like that. It's a good number. Now I'm on the second day of the January challenge but I'm treating this as a continuation of what I started months ago. One day at a time, month to month, it's all going to add up. To what? I don't know. Maybe just a lot of words. All I know is that it feels good to me. It feels like what I should be doing. Like what I should be doing to get to do more of what I'd like to do. I'm putting the hours in as the words accumulate. I don't want to stop. I want to keep going.

10:39pm I just opened up the beautiful tarot decks that arrived today. Oh my goodness, 'The Silent Tarot' is so beautiful. Both decks are lovely but wow... I'm in awe. I remember when Silent Citadel was making each deck, especially the first one. Each one were works of art, honestly. So much detail and beauty to them. (Esmeralda's Etsy store) I also bought 'The Widow's Dream' - goodness, people are talented. Speaking of talented artists, I don't know if I mentioned this, but I had also bought some handmade jewellery from Fairy Char (Char Lotte's Etsy store) and I have two necklaces and a bracelet that makes the most lovely sounds. She's another member of the ASMR community and I remember the video she made showing her workshop, the way she makes each piece of jewelery, the craftsmanship - amazing.

10:50pm My husband is having dreams that reveal an exploration of his subconscious mind that shows he's entering into an elevation of consciousness - he called it becoming mature but I think it's becoming more aware - and he's challenging the old beliefs in place, in the household of his soul and in the structure of his childhood into adulthood. It's fascinating to me when he shares some things and he basically says something that shows he's so much more aware than people give him credit for, including himself. He's going against some patterns and beliefs (not just his own) and he's advancing right before my eyes. I haven't done the kind of internal journeying (that he's doing through his dreams lately) in years. I used to call that kind of stuff "dream work" and found that it was very helpful for me to gain insight into where I was at or what I needed to learn or figuring things out. It's awesome that he's stumbled into doing this, that his dreams are waking him up, so to speak. 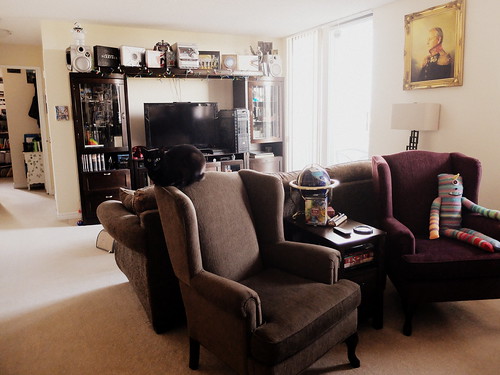 11:00pm The energy in our place is one of advancement, moving forward, learning, tearing some things down and building other things up. We find it easy to let many things go and yet grasp other things on various levels. It feels healthy. Admittedly, I'm challenging things. I have said straight out that I refuse the fake, the facade, the lip service, the talking out one side of the mouth but it's all bullshit crap that some people feel they have to do for whatever reason. I'd rather have confrontation and honesty than passiveness and lies. Life is too short and as a wise woman said, "Ain't nobody got time for that." It's time to be real. I want authenticity in my life. I want to live as true to myself as I can be. Now, I'm only going to fight some people for that if I feel there is a chance of it being reciprocated and I realize some people need a bit more time to come around. But I also am learning (or recently learned) that I don't have to give endless chances and I don't have to put up with someone else's refusal to be real with themselves or me.

It's to the point where I would rather give my time to a stranger than to a family member who brings toxicity and disrespect into my life. I think my husband and I are both at the stage where we're working on ourselves (different levels of our own inner houses) and in order to be more loving and respectful to each other and our own selves, we need to start setting the groundwork with other people, to say this is where we're at and if you can't handle that, if you don't want to be real with us, well, ain't nobody got time for that. I have given so much of my energy, my attention and my love to people who did not care for a fragment of it. Meanwhile, I ignored my own Self and other people in my life who should have received those gifts instead. 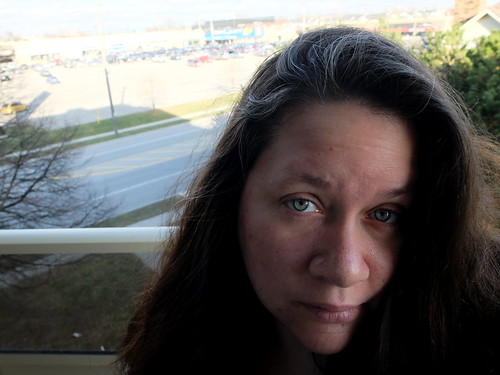 There is no denying that we have traits from our parents, that we inevitably become our parents in various ways because of how things work - traits and whatnot from them, regardless of their presence or influence in our life. I am learning to accept that. I recognize them both in me. Even if I'm not close to Mother, I respect that for better or worse, she is part of what made me. But I am an adult now. My behaviors, my choices and decisions in how I treat other people and how I become more of myself, the me that is both a combination of my parents but also the Other that is my Self, that is what I am concentrating on and that is what I will learn to love. I do not have to become them, I can embrace various aspects or accept certain things but I do not have to follow the same patterns. I do not have to carry that forward. Of course, it pretty much ends with me anyway seeing as how I will have no children, but regardless, these words will go on after me and they say more of who I am, along with how I live my life. I will reflect images of my parents due to my existence because of them, but I am, ultimately, who I make (and unmake) myself into being with each new day.

I want to become more of myself. I will not disregard where I came from - I know very well where I am from, both so-called good and bad, and I even include my own decisions as an adult. But I'm on the other side of 35 now and before I know it I will be forty and I am fighting against everything that made me or has happened that could influence me into simply becoming a damaged, bitter and broken person as an aging adult. That's not how I want to live out my years. That is not who I want to be. I do not want to define myself by my aches and pains, my troubles. If I become nothing more significant than a more present person in my life and for those in my life, that is a successful existence to me.

11:22pm I'm on a Cole Porter kick. I don't know if anyone remembers this, but there was an album called 'red hot + blue' (I also own the follow-up 'red hot + dance' - both on cassettes) and I loved both of those compilations. I was reminded of the song 'You Do Something To Me' which I remember was beautifully covered by Sinéad O'Connor and it made me track that song down and then I had to get me some Cole Porter to enjoy. Ah, music has been a great gift in my life but I need to calm down with it a bit. It's so difficult though when there is so much out there - both old & new - (thank you, Lisa for inspiring me to get even more Stevie Nicks - oh! and I already had 'First Aid Kit' - we are totally on the same wavelength there! and of course I loved everything! & isn't it funny that I sent you some tea and you sent me tea at the same time?!) - and I'm rambling but hooray for music but yes, must calm it down a bit.

Basically, over the past couple years since I received my settlement and had my pay raised and received it on the regular, I have gone quite a bit overboard with the music. iTunes is very smart and has made it far too easy for me to wander through it and you know me (if you've read me for any period of time) with my tangents and how I tend to go on them - well, imagine that with music and stumbling onto various songs and whatnot. Well, let's just say that if I had reigned myself in over the past few years, I probably could have taken myself to Paris & returned to Venice at least once and for a lengthy visit. It's embarrassing. At the same time, while I love vinyl more, thank goodness this amount of music is not in physical form or we would have no room at all.

Yeah, if I made new year's resolutions, I'd be working on that one, for sure. Thankfully, not having endless riches helps in putting some restraint on that particular impulsiveness. Ah, but as I listen to my music collection, I do so enjoy it!

11:33pm I met my word goal awhile ago so I suppose I can stop typing now. Some nights, the words appear effortlessly. Nights like this where I've typed so many words and still have ample time before midnight keep me going and I remember this when I'm having a night where I have to drag every word out as though they are tangible heavy things.

Sometimes, I suppose, words are so.
Collapse