Tuesday, September 16th, 2014.
11:23pm Had a bath and now I'm late, late, late! This just might be the night where I lose the challenge of 750 words daily if I can't write, write, write! I'm feeling thirsty and it's slowing me down to sip some water instead of type, type, type!

I'm nearly through reading the book 'Just Kids' by Patti Smith and I don't want to finish it because it's been an interesting journey. Although the writing isn't the same and the book is written in an entirely different way, it sort of feels like 'Life Is About Losing Everything' by Lynn Crosbie except that one hit me harder because of Toronto and the way it resonated with me. Two very different books by two very different writers but for some reason, they're both being filed into the same space in my mind - that place where I tuck away notes given to me by those who inspire, those creative ones living life for art or as art by being - hard to explain. Maybe it's because all too often we hear or read about the lives of creative men but there isn't quite as many women that come to mind straight away. If mentioned, they're usually dismissed as mad, crazy or dangerous (which I've learned usually means intelligent, innovative and bold among other dismissed traits). Oh yes, Sylvia Plath and anne sexton, Virginia Woolf and Anaïs Nin - but even then, you need to dive into their worlds to get there - like finding Gwendolyn MacEwen or Adrienne Rich - all of these women and more, we should read them when we're young and again when we're old enough to understand. I wish I had found them all when I was younger, before my '20s and now my mid-'30s. There are more, I know, so many more. Women need to know the stories of other women in their own words but we also have to be open to learning from them and listening to what they had to say about their lives - to open up ourselves.

11:32pm I was in the bathtub and it was after setting the book aside and dipping under to wet my hair that I said out loud, "What do you say, poet?" (what say you?) and I imagined myself typing out page after page as if on a typewriter, blocks of words in a stream of conscious flow, saying everything that I know. Everything. No censoring myself. No stopping to regret or feel sorry for myself. No pause and with every rewind, a hundred words forward. We are told that our lives are our own responsibility and it is up to us to live the life that we want, to go after it and get it, and remember being told you could be anything you wanted to be? It's not until you hit a certain time in life (which varies on experience and what is going on, what choices you have made, what you carry) when eventually you stop: "and you may ask yourself" (cue 'Once in a Lifetime' by The Talking Heads, eh?) but that's exactly what it feels like for me sometimes. Even though I don't have children or a job and you would think me free as anyone could be, I have weighed myself down (physically, mentally and yes, legally in a marriage) and I can't just leave. It would be cruelty to him if I did what I really want to do - run back to Toronto, rent a bachelor apartment in The Beach/es again & live out my days & nights as what? - if I am to be a writer, I can be that here. If I am to be a lover, I should be that here. If I am to let go and love myself, oh please let me finally learn to do that - where I am, as I am, here.

Truth is, I had those years there. I was embraced in that city by multiple arms, by many hearts, given many beautiful days and magical nights. If I am not experiencing that where I am, it is only because I am holding on to too tightly to the myth of the city, the myth that the only way to make it is in the city. The city was full of writers, poets, photographers, creative wanderers, dreamers, countless lovers. The city is full of them and sometimes they are lucky and they find each other and help each other and they make the city live up to the myth it's always been for people like me. I was there, I felt it, I lived it in pieces for a time, I saw what it could be, what I could be if I would somehow allow it to happen.

I was there long enough that it could have but it didn't because I wouldn't let it. Being here, back in my hometown, is not the end of inspiration. When I was a kid, I wanted to be a writer. I'm an adult and it's still what I want to do. The only thing that will ever hold me back is me. Here, instead of a pulsating city of possibility, I can hear myself. 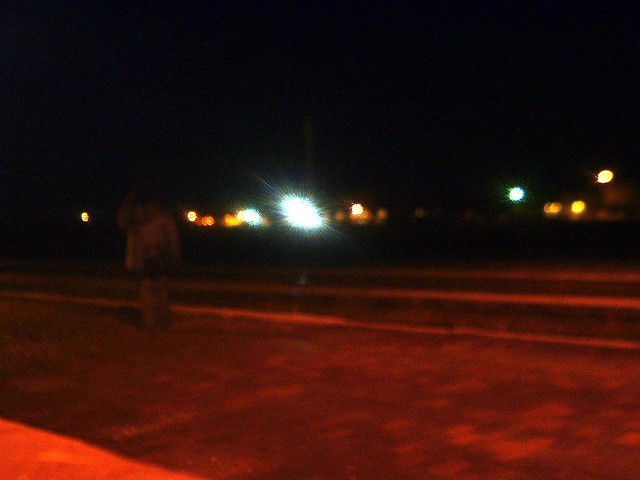