Thursday, June 26th, 2014.
12:20am Lion isn't doing well. He's lost his appetite. He isn't eating enough. He's losing weight again. We first noticed he was ill and started a treatment of sorts on the 12th of June. He improved. He even returned to many of his annoying behaviours with enthusiasm. He was himself. We haven't stopped doing what saved his life (or delayed the inevitable?) but tonight has been a sad slap of reality. It reminds me of how Hagrid responded to antibiotics, of how he got better for a couple weeks or thereabouts, and then went back downhill. Except Hagrid had a much messier and more painful go (and I am so thankful my husband was there with me when we were at the vet to say goodbye) but I don't think Lion will get that bad. I surely hope not. Their illnesses are different. Maybe Lion is going to pull through and maybe he'll be fine but it seems like he just gave us some more time - and now we're in pieces again as we face the fact that we may have to let him go. Sobs and panic attack pressure and the not giving up just yet but it hurts so much. The next couple days are crucial in determining what will happen. Did I mention Lion & Hagrid kept me alive in my '20s? Maybe Lion will pull through for me but maybe he already tried and I'm starting to cry and I don't want to do that right now because I want to make this as calm an environment as possible for him so I'm going to stop typing about this now. 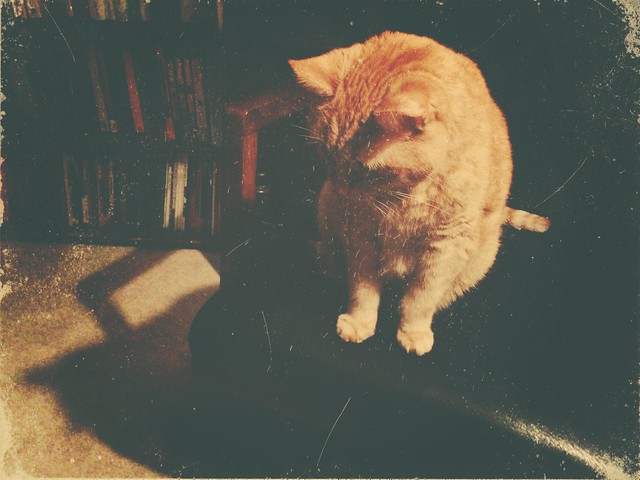 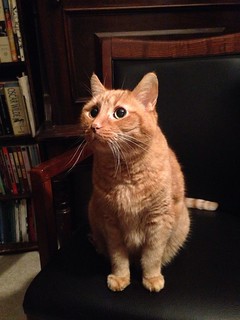 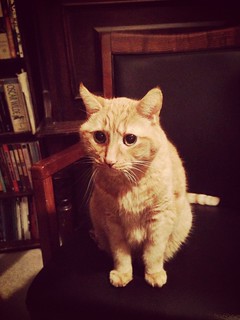