I wrote a little bit about Como when I made my posts about the Italy trip as I was sorting through and uploading all of the photographs I took while we were traveling for two weeks. What I didn't do was go into much detail, although I mentioned that Como will have a special place in my heart because it was the first place we went to on our tour through Italy.

We stayed at Albergo Terminus Hotel. Out our window we could see Lake Como. 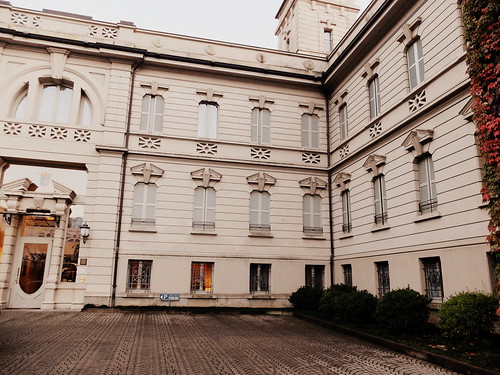 If we walked onto the street and turned, we could see this, around the corner from the "old" town or city. 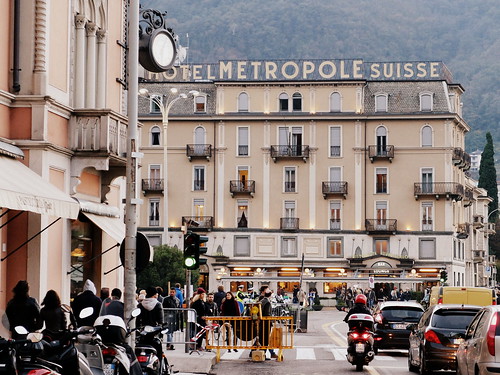 Como was a good place to start off our honeymoon. There were no tours booked (thankfully!) and we had time to wander about on our own. We were located on the edge of the old town or old city of Como and it was beautiful to wander through during the day and at night. So many interesting buildings and the crowds weren't bad because it was the start of November. 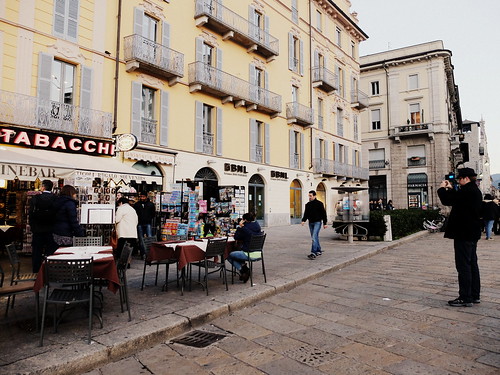 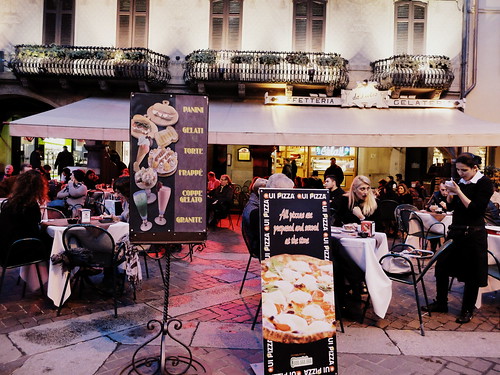 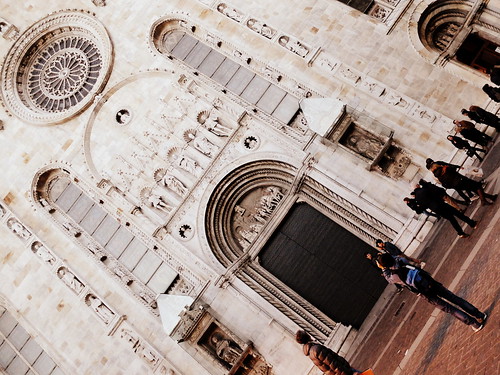 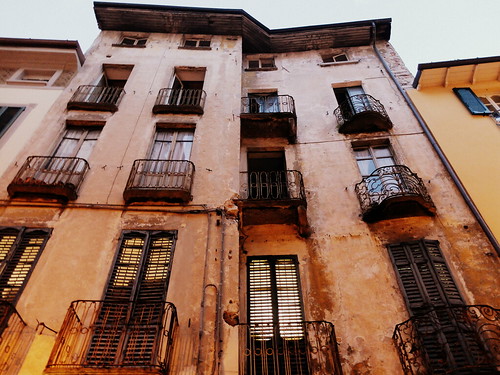 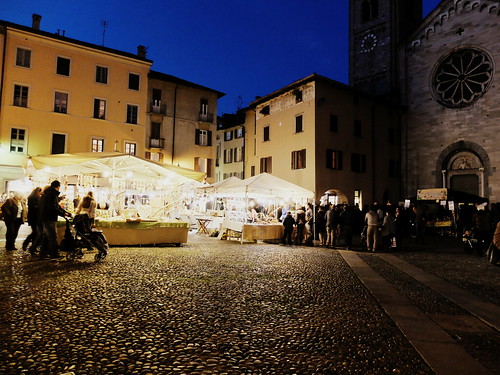 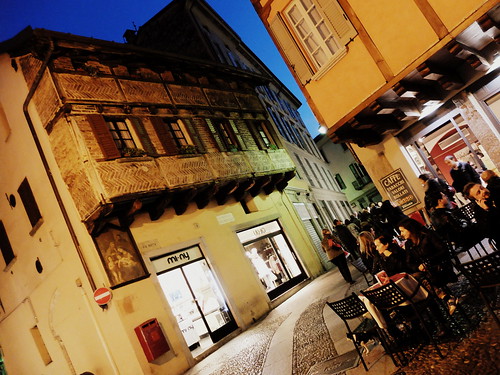 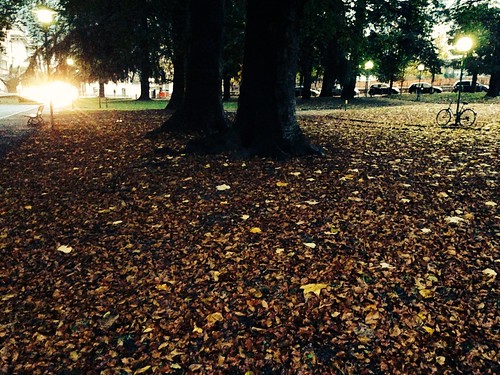 I remember one walk along Lake Como and shuffling through the leaves. It was beautiful. Autumn is my favourite season so being able to experience it in another country like that was a lovely experience. 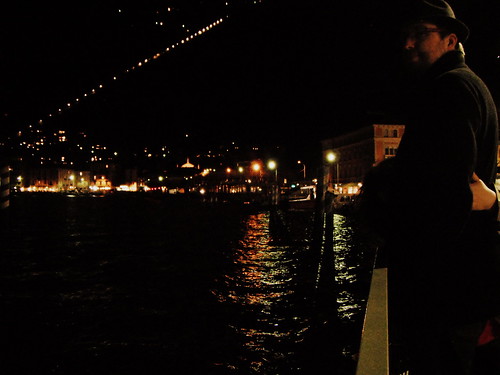 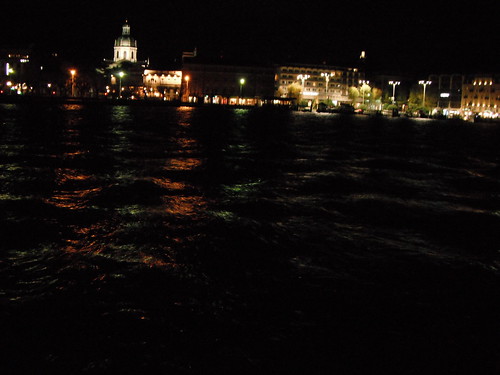 Feeling adventurous, we wandered our way over to a Funicolare. It transported us up to Brunate, a place that is likely quite lively in the "on" season, but when we were up there, just a few stragglers, a handful of locals and some stray cats. There were signs directing to a lighthouse of some kind so we decided to walk up the winding hills of Brunate - wow, was that ever a hike! - but it was good exercise and by the time we got to the top, you couldn't beat the view. Walking back down was easier and we took the roads, being careful for the occasional car or maintenance vehicle of some kind. Most of the houses were closed up and I wondered about the people who return there each season, generations of families? Or renters? And what about those few people who stayed year round? 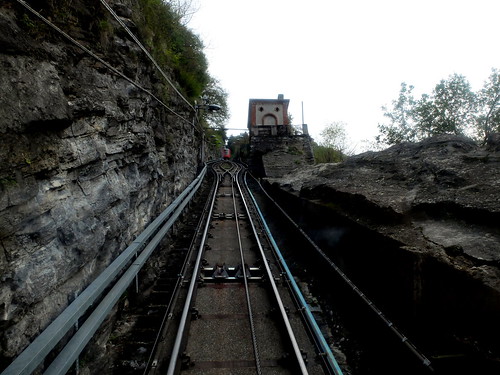 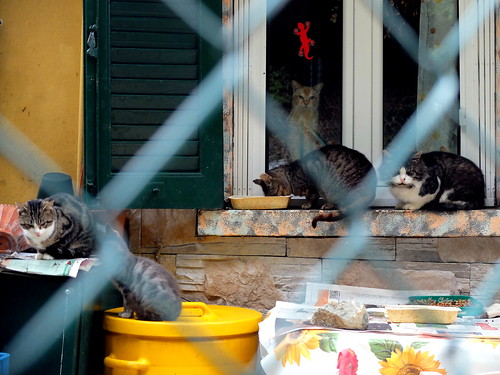 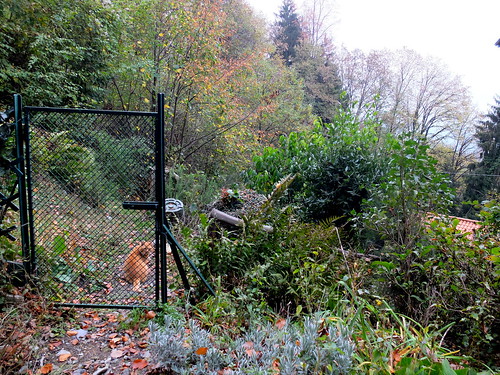 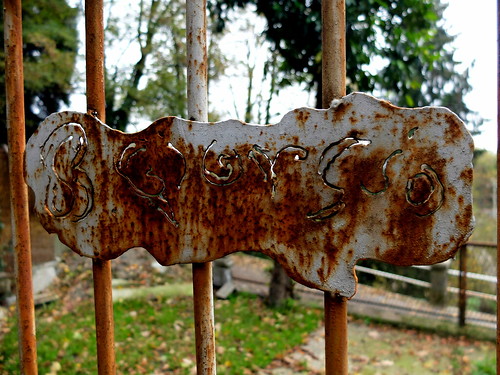 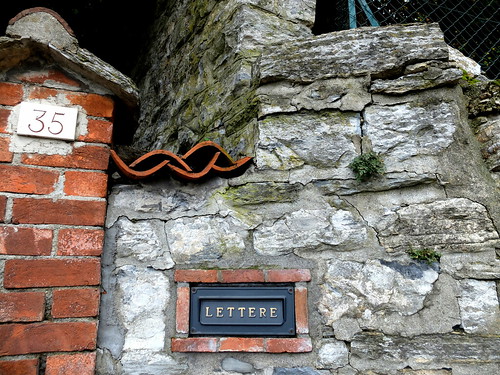 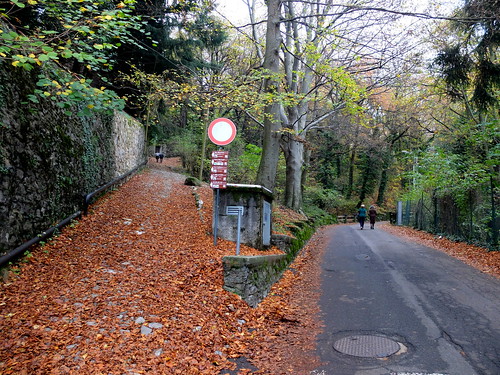 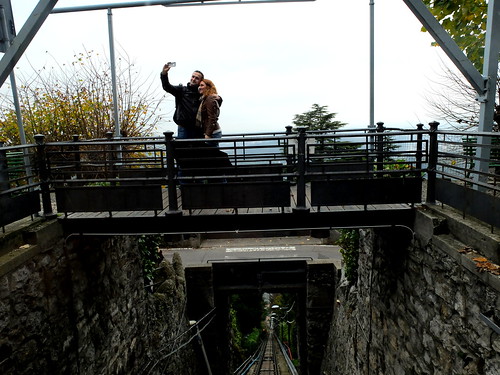 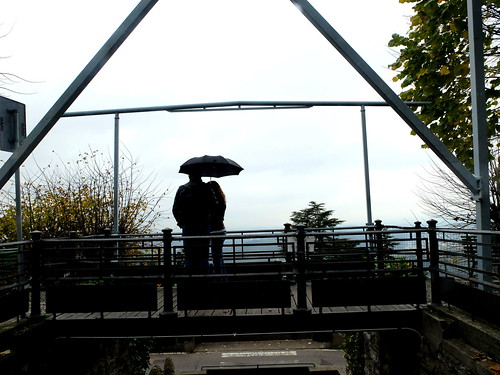 We took a boat ride on Lake Como. We paid for an hour's worth and what it meant was a return back to Como but we were able to see the boat stop at several different places. I took a lot of photos through the window of those houses in the mountains, so many of them, and some estates that were waiting for summer to come again. We hadn't realized there would be so many other places we could have seen if we'd had the time to get off the boat and wander about but that was a lesson we were to learn early on and relearn throughout the trip --- you can't see everything; there will never be enough time. 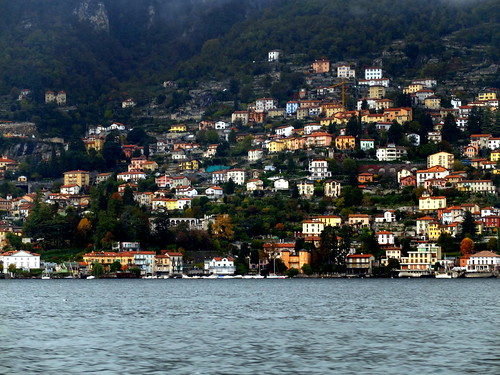 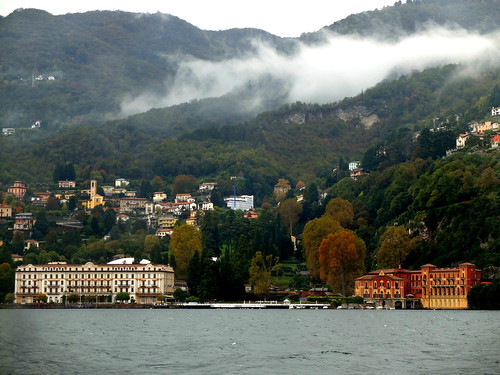 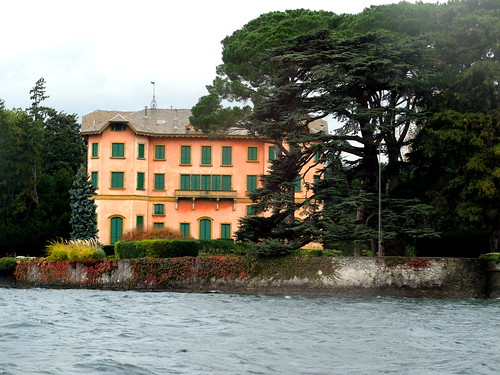 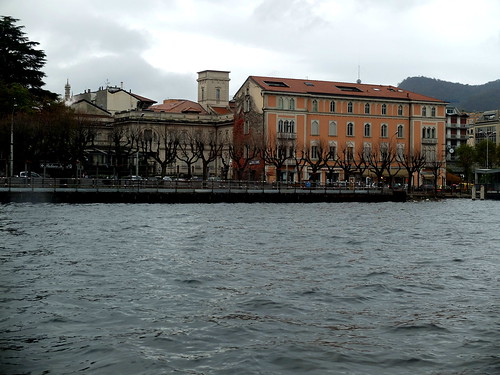 Of the places we loved to eat most, the restaurant at our hotel was fantastic. The ambiance was dark and moody and we had our own table for two that we sat at each time. The food was delicious and inexpensive. My husband said something romantic and touching but I can't remember what it was exactly, only that he actually said something in that setting that made me feel tenderness toward him. It was a bit of that Como magic, maybe. Also, cappuccinos! Although my most memorable cappuccino was drinking one on the balcony of our hotel room in Venice (swoon!), the first one was in Como.

Our first meal in Italy <3 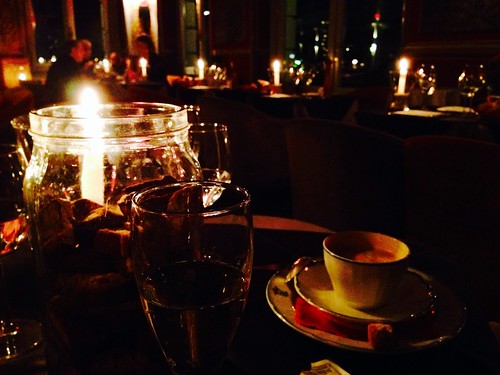 If you're going to take a whirlwind tour and overwhelm yourself, starting off slow with some time in Como is highly recommended. Having never traveled overseas before, it was a good place to get one's bearings, to gain some confidence, to have a wander about. We were soon to be entranced by the dream-like quality of Venice and it fast became our favourite place (though it was much more expensive!) but Como was memorable for the way it started us off easy on a trip that would have us traveling to several places in a short amount of time.

On our way to the train station to head to Venice, I took this one last photo as we approached the Old Town. It was early in the day and the streets were quiet. It was lovely. 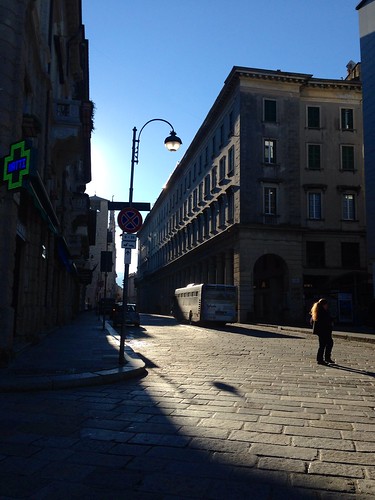 P.S. If you stay at the same place, pay no mind to the grumpy old bellhop gentleman who mutters in Italian about tourists who can't speak Italian. He adds character to the place. Lots of character.

~
This post was written for the Blogging from A to Z April Challenge.
Collapse