How to make it 365 Days in a self portrait project when one finds it hard to look at said self?

365 Days (2013): Day 13
Definition of BODY DYSMORPHIC DISORDER: pathological preoccupation with an imagined or slight physical defect of one's body to the point of causing significant stress or behavioral impairment in several areas (as work and personal relationships) - Merriam-Webster Online Dictionary 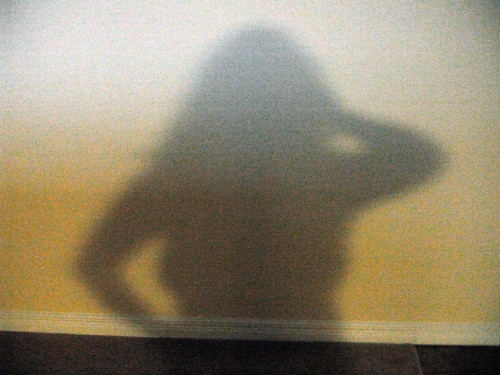 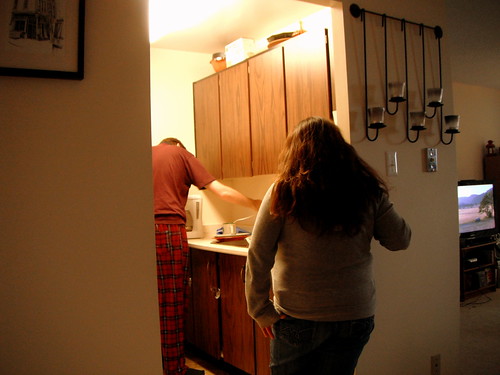 Tuesday, January 15th, 2013.
12:07am I've given up a comfortable chair for an uncomfortable one that is more suitable for writing at a desk. This desk is very old and isn’t organized for me to use it properly but if I wait any longer to begin, I’ll never start. So here I am. Not ready. Getting on with it anyway because that’s what needs to be done. Enough excuses.

The decades long conflict of wanting to be a writer clashing against my reluctance to write and become that writer battling extremely low self-esteem and an overwhelming sense of pressure to accomplish with a hardcore defeatist attitude with thumb on the power off before I can allow myself to see if I can succeed or fail --- isn’t it all just so exhaustingly played out? Can I just get on with the writing now?

I have read enough books and blogs and news articles and so forth to know that there are shittier writers than me and far better ones and that it doesn’t much matter because the point is, they’re writing and that’s a key difference between the ones who can claim title of writer without guilt while I sit idle, choking on backspaces, blank screens and blinking cursors. My cheerleaders have mostly disappeared by now, decades on with my gulfs of silence or worse, they’re literally dying off. If I actually think of myself as some sort of writer (which I do and I don’t) than I best get to it or else there will be no one left who remembers me from when there was the slightest confidence in that idea and everyone else is too distracted by the shiny glam to give a damn.

Where the hell have I been? The internet is a joke. Step one: Get in on it. How? Get on with it already, eh?
Collapse